Any other market investor who is interested in investing in the company can buy the shares announced by the company in the form of the initial public offering. For a business to thrive and function properly, it has to pay its employees well and also pool in finance so that it could generate profit and have sustainable growth and development. 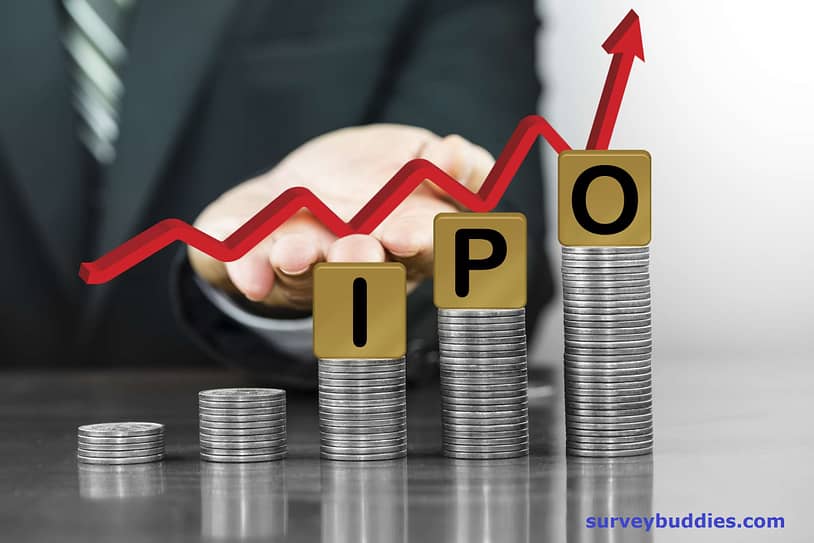 IPO stands for Initial Public Offering. As the name suggests, the first public offering made by any organization is known as IPO. Both the large and start-up size companies could go for initial public offering. One should keep in mind that private limited companies cannot list stocks on the public exchanges like Nifty, Sensex, and other stock exchange indices maintained by different countries around the globe.

As the name goes Initial Public Offering, only when a private company completely transforms its style of working into a public Limited; it could go for listing its stocks on the stock exchange maintained and regulated by the different governments.

How does an IPO work?

An IPO works by selling the ownership allotment in the form of shares. Any investor of the company after acquiring the shares from an initial public offering could vouch for an ownership capacity in the firm.

However, the form is not liable to pay any sort of capital to the investor. It is highly recommended to read the aim of the company that has come forward to raise an IPO, the predicted growth levels, and the prevailing market scenario before any investor could buy shares from an initial public offering.

If you hold on to the share for a minimum of two, then it becomes a short-term investment. If the same share is not sold to another person for more than 10 years, then it becomes a long-term investment. Depending on the needs of the investor as well as the type of company providing Initial Public Offering, you need to choose the type of trading you want to align yourself with.

Why does a company launch an IPO?

The primary reason for a company launching an IPO is to raise funds. If the company is in debt, wishes to invest in expansionism and Research& Development, to improve the existing infrastructure, and if a particular management team is relieving; in all the scenarios mentioned above, the companies could raise an IPO.

To obtain liquidity, an Initial Public Offering is the best way for a Private Limited company to turn into a Public Limited one. The company acquires credibility and gets proper visibility while going public. It also increases the transparency of the company. Also, if a company wishes to merge with another company or acquire smaller units, it includes selling shares or buying shares in this way. The company gets attracts a lot of potential investors and liquidity is maintained.

How to Launch an IPO?

When a private company decides to go public, it has to contact an investment bank that analyses the financial requirement and decides upon the cap fixed for pricing of the shares and the number of shares to be listed on the offering, etc. The Investment Bank drafts an application to the approving body of the government along with documents like financial records that encompass debts, liabilities, profits, net worth, and assets.

The application should also specify how the funds raised via the initial public offering will be utilized. The approving body scrutinizes the filed application and makes sure that all the expected criteria are fulfilled.

Two types of IPOs can be issued by the company.

This is the one in which the price of each share should be specified in advance.

This is a type of IPO in which the company decides on the pricing of each share depending upon the number of shares sold.

After obtaining the approval, the company first acquires two potential investors at least. After this, the IPO can be listed on the stock market exchanges. The IPO can last from 3 to 21 days, but the usual allotted period is 5 days. The retail investors can buy the shares listed using their bank or brokerage.

Benefits of IPO for a company

There are a lot of benefits a company can obtain by listing an IPO.

Benefits of IPO for an investor

There are certain benefits an investor can enjoy by buying shares via IPO.

How to invest in IPO?

An application form has to be obtained from a bank or a broker. It could be obtained either in offline mode or online mode. The required details have to be filled in. A specific amount has to be paid for obtaining an initial public offering. If the IPO is not allotted, then the amount will be refunded. Maximum duration of 10 days is taken for the allotment of IPO to the user who has requested.

With the growing number of companies and changing business environment, the number of companies becoming public is increasing on an everyday basis. It is not possible for a person to just rely on the savings spared after the spending and other expenditure. It is primitive to learn how to invest in a company via an initial public offering. Both the company as well as an investor could benefit from an initial public offering if all the factors turn out to be favorable.